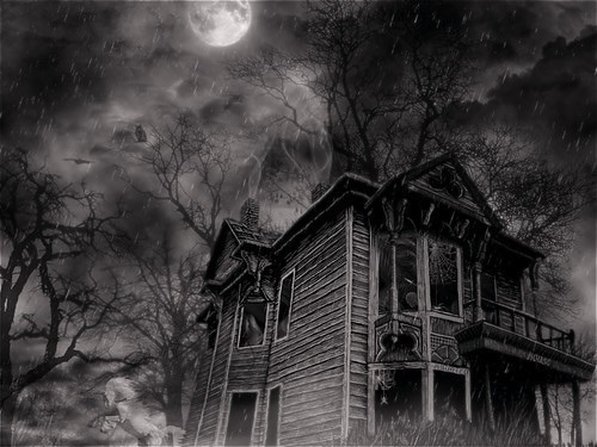 Ever hear of infrasound waves? Infrasound waves are sonic energy below the normal frequency of human hearing (about 20hZ). Infrasound is the reason animals get agitated before an earthquake happens (whether or not the earthquake is major), and recent research shows that it may have a huge connection to human hallucinations, akin to hauntings, you know, seeing ghost, hearing the dead, hearing noises, etc.

The brain perceives the vibrations caused by the infrasound waves, but being unable to interpret it as audible sound, it may reinterpret the energy as visual or auditory stimuli. It is theorized that certain peoples brain are much more sensitive to infrasound then others, which is why the infrasound affects them slightly more than others making them see and or hear things which others cannot. It's also suggested that due to this it can cause feelings of awe or fear in humans, and since we humans cannot perceive it due to its low frequency to us, it can make people feel vaguely that supernatural events are taking place. Its also been shown that infrasound is purposefully added in alot of music you hear lately, to help give it the spine tingling feeling while listening. 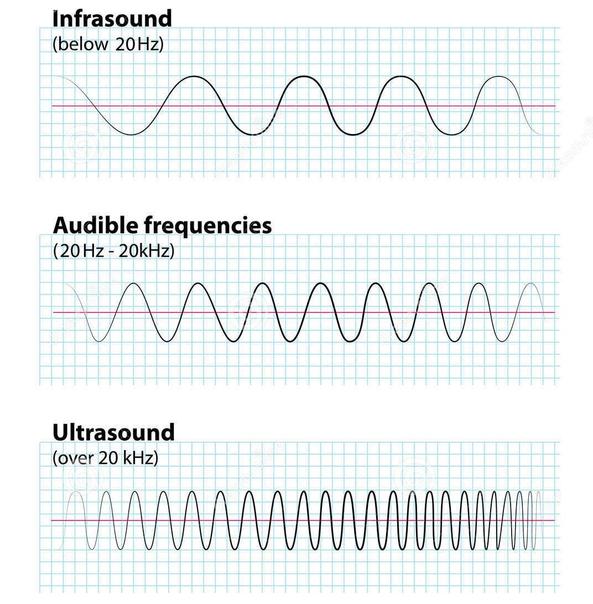 Soundwaves
They did an experiment to see the effects of infrasound or infrasonic waves on humans which took place on May 31, 2003 in the UK. They exposed about 700 people to music laced with soft 17Hz Sine waves described as near the edge of hearing, produced by an extra-long stroke sub-woofer mounted two thirds of the way from the end of a seven meter long plastic sewer pipe. Among other information which will be provided in the links below, the participants were not told about which pieces included the infrasonic tone. Which resulted in according to them a "significant number" (about 22 percent) of the participants reporting anxiety, uneasiness, extreme sorrow, nervous feelings of revulsion and fear, chills down their spines, and feelings of pressure on the chest.

Professor Richard Wiseman said about this experiment:
​
"These results suggest that low frequency sound [infrasound] can cause people to have unusual experiences even though they cannot consciously detect infrasound. Some scientists have suggested that this level of sound may be present at some allegedly haunted sites and so causes people to have odd sensations that they attribute to a ghost—our findings support these ideas."

Now, there was research by man named Vic Tandy who was a lecturer in information technology who as Wikipedia says was best known for his research into the relationship between infrasound and ghostly apparitions. His work showed that infrasound (or infrasonic waves, whatever you like to call it) can affect certain objects, making them move wildly, even when nothing is touching them, effecting electrical equipment, etc. Including the brain, while at the same time messing with the resonate frequency of the eye given at 18 by NASA (the infrasound caused by several things in his lab was at 18.98Hz).

More research needs to be and I believe is being made on Infrasound and what effects it has on the human brain. But for the most part it seems that all of these stories of ghostly encounters, hearing strange noises, and hauntings at "haunted houses" are just the result of infrasound (or infrasonic) waves interfering with the brain causing its inaudible frequency to effect the brain by making the person(s) feeling anxious, fearful, sad, with hearing voices and or seeing things.
​
Information on infrasound:
http://en.wikipedia.org/wiki/Infrasound
http://ntp.niehs.nih.gov/ntp/htdocs/Chem_Background/ExSumPdf/Infrasound.pdf
http://ghosts.monstrous.com/infrasound.htm
http://www.birds.cornell.edu/brp/elephant/sections/dictionary/infrasound.html
The experiment:
http://www.spacedog.biz/Infrasonic/sounds/infrasonic
http://www.smh.com.au/articles/2003/09/08/1062901994082.html?oneclick=true
http://www.msnbc.msn.com/id/3077192/
Resonating frequency:
http://www.dtic.mil/cgi-bin/GetTRDoc?AD=ADA030476&Location=U2&doc=GetTRDoc.pdf
Vic Tandy:
http://en.wikipedia.org/wiki/Vic_Tandy
Some information on Vic Tandy's research:
http://skepdic.com/infrasound.html
http://www.psy.herts.ac.uk/ghost/ghost-in-machine.pdf
http://www.psy.herts.ac.uk/ghost/Something-in-the-Cellar.pdf
http://www.guardian.co.uk/education/2000/jul/11/highereducation.chrisarnot
http://www.parascience.org.uk/articles/PScience%20Infrasound.pdf
Something interesting to look at:
http://www.ghostality.com/article60.html
​
Follow @gphhawkins