The Setting of The Sun 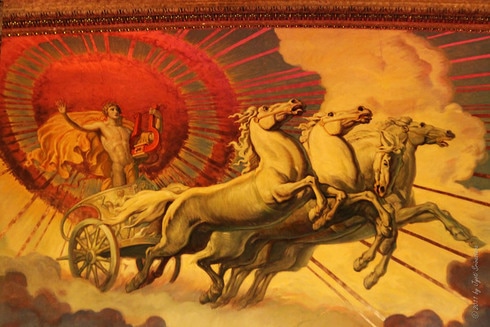 Riding his chariot naked, like you do.
Many ancients believed that when the sun was setting it was because of the gods. The Greeks and Romans believed the sun was driven by Apollo on his fiery chariot around the world, and during dusk it would be taken by him to his home in the sky, to be brought around the earth again the next morning. Which is why according to them it becomes night. Today we now know differently. To sum it up purely in lamens terms: We know that the earth rotates around the Sun, and when the Earths orbit spins one way, for a specific amount of time the Suns light doesn't directly come to the other side of the planet, which is why it's night on half the earth and daylight on the other part of the earth.
​
The Qur'an says differently then what many of the ancient myths believed as well as what science today says. It states that the sun during dusk, goes into pond water, which when the sun is in the pond water completely, it causes night time, where the stars are to be shown (which the Qur'an also states that the stars are actually not just pretty decorations in the sky by Allah, but also lamps to fend off demons (which is for another time to discuss).
Source: The Qur'an, Surah 41:12, 67:5 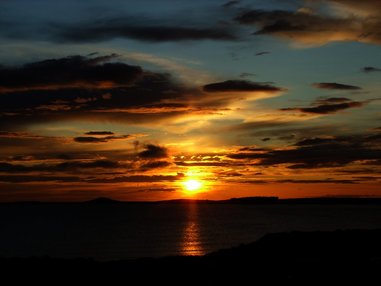 Just another reason out of many, why the followers of Islam in the modern world are either ignorant of their own holy book, or just believing the Qur'an just to believe with no real evidence, while either ignoring science, or ignoring the Qur'an (which isn't something that should happen, since every word of the Qur'an must be taken completely literally, unlike the bible).

So, which of you who know of even just a little about the Sun are willing to believe now?

Science: Due to its peer-reviewed evidence, scientific research between one another, etc.

The Qur'an; You know the poetic version of the bible written by men who knew nothing in the illiterate middle east in a time were not much was known about anything, an old book with so many scientific inaccuracies just like the bible its laughable that people still believe it just like the bible, written about a prophet of God who couldn't even write the book himself...
​
...Which would you chose?  ​
​