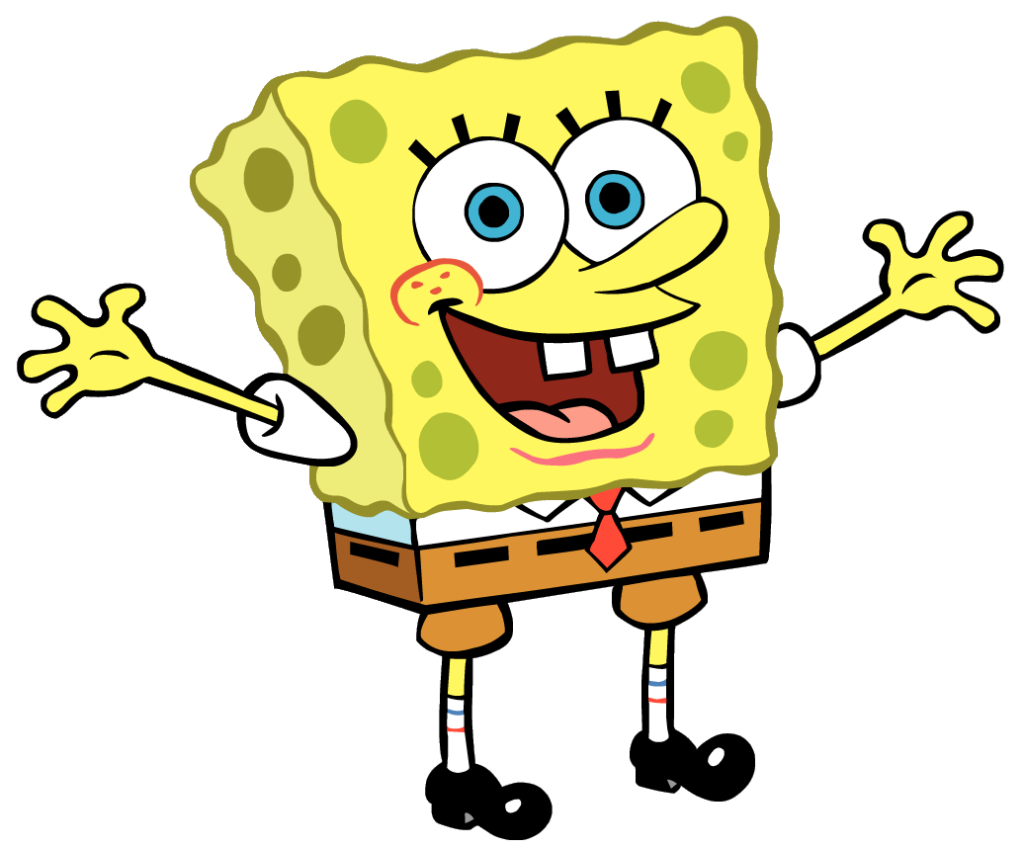 SpongeBob and his friends look and act the way they do because of their exposure to the radiation from atomic bombs dropped in the area around Bikini Bottom, where the show is set, so there could just be a possibility that this show was meant to be a reality show but due to poor video quality thanks to the deep sea cameras down there, they need to be reanimated by Nickelodeon studios because of the poor quality
It's kind of odd to note that every building is a muffler and the Krusty Krab is actually a lobster trap....

All evidence points the the fact that Spongebob, in the context of the show exist.
​
And here's why!

Bikini Bottom is actually a real place; it's really called Bikini Atoll, which is in the Pacific Ocean. Bikini Bottom's location at the bottom of the Pacific Ocean is mentioned or referred to in several different episodes, movies, you name it.  In the 1940's and 1950's there was testing happening in Bikini Atoll, Atomic bomb testing. The testings’ took place around or in the Ocean of the Bikini Atoll. Which, because of the radiation from those testings inside and around Bikini Atolls water, mutations of the creatures living there started to happen? This explains a lot of things in the show, like Mr. Krabs daughter is a freaking whale for example. 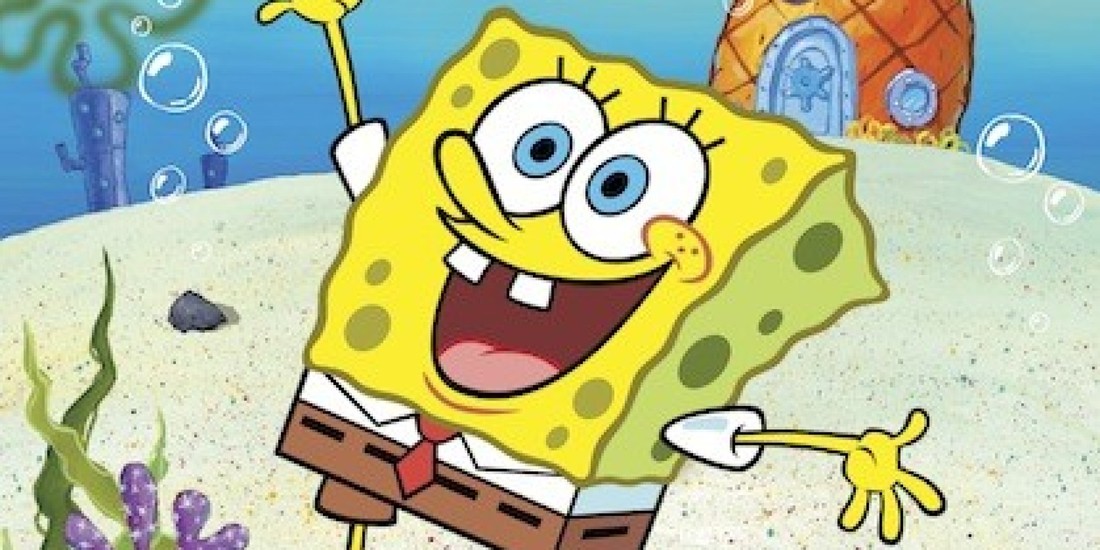 In multiple episodes of the series, an explosion is seen, a lot of times, either just randomly for no real reason whatsoever or because of the tiniest things like Squidward falling off his bike down a cliff. The explosion looks just like the Baker Bomb explosion, the bomb that was detonated in Bikini Atoll, occurs... a lot.. Strangely those explosions are well placed. 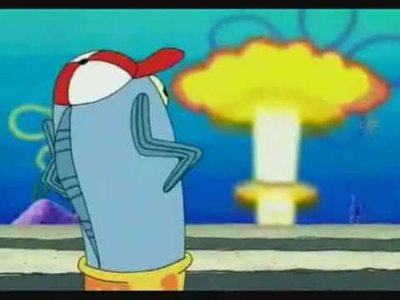 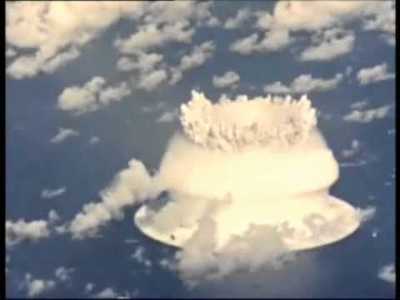 Rock Bottom would be a crater left behind after the testings done, which would explain why its inhabitants down there are even more mutated than those of Bikini Bottom. 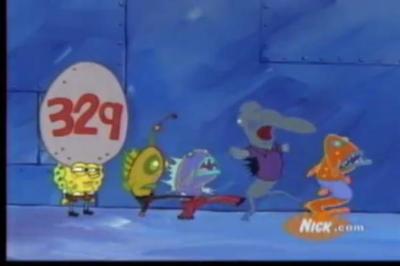 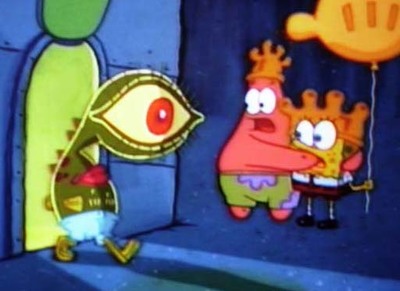 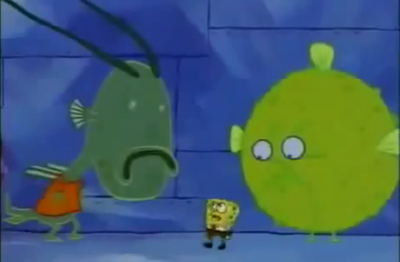 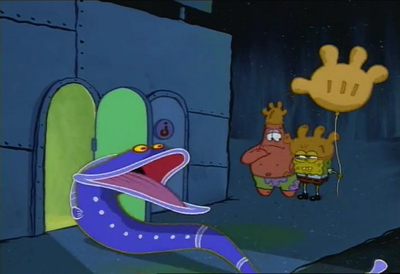 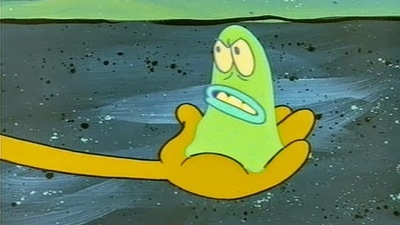 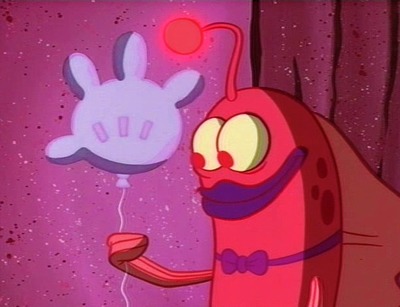 #1 Sandy Cheeks.... Is Actually a Chipmunk 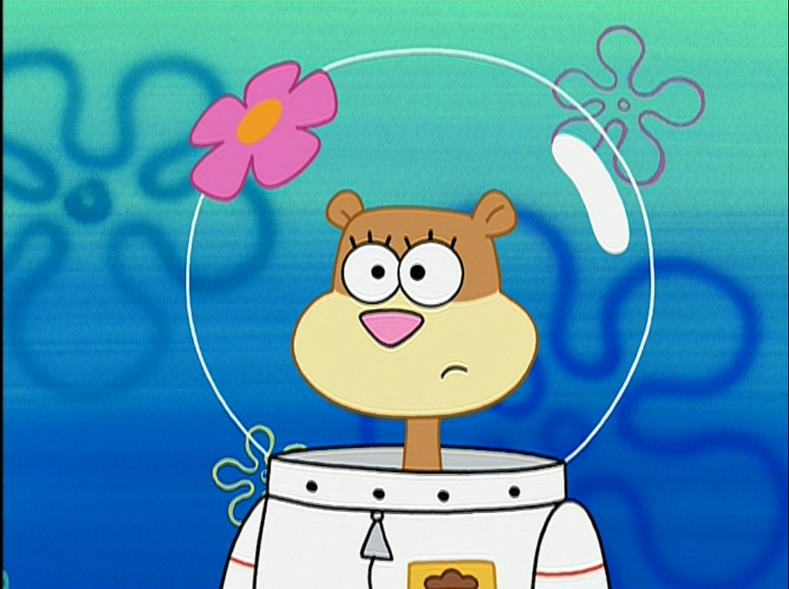 Sandy Cheeks also is actually a Chipmunk; Chipmunks among other animals were kept on board various small Navy vessels during the tests. Furthermore, she is wearing a full protection suit (not just the helmet which is all that's practically required), which has red, white and blue details (American flag) and a large yellow-orange badge showing an Acorn embossed in black, similar to the nuclear logo. Her name; Sandy, can also serve as a clue as the nuclear explosion notably created vast amounts of sand to be carried around the islands from the blast. She also has a tropical flower on her helmet, and mutates into a huge beast during her hibernation and is incredibly strong and athletic; possibly implying she was one of the surviving animals from the nuclear tests.

There you have it! All evidence points the the fact that Spongebob, in the context of the show exist.